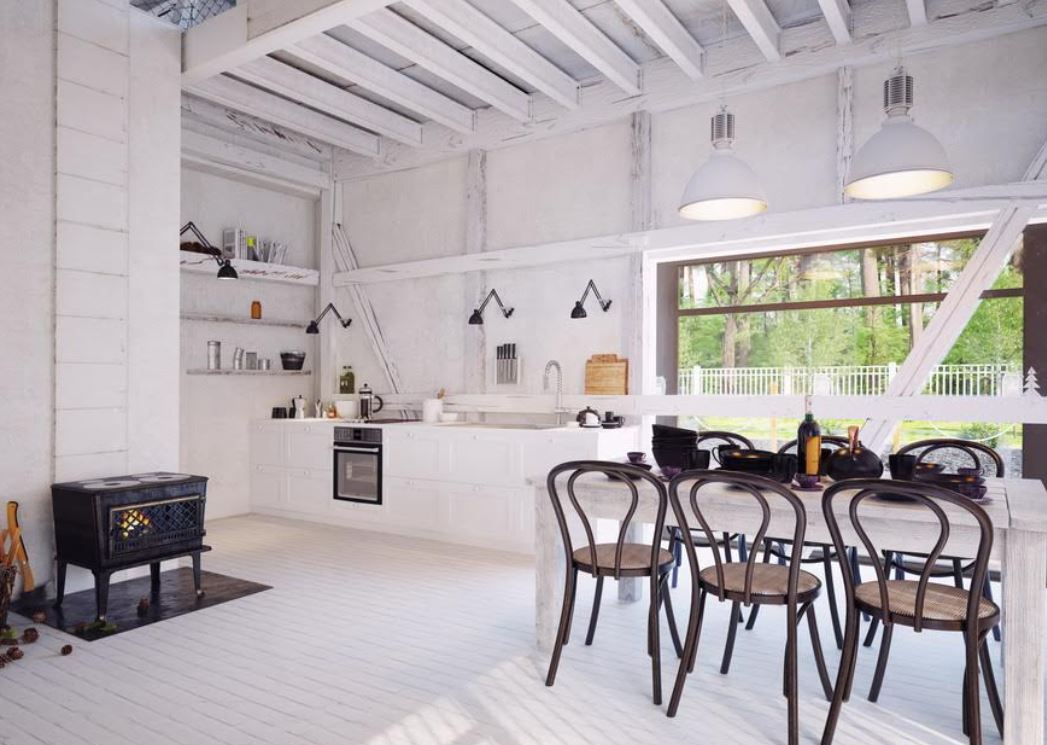 Modern farmhouse is all the rage with homeowners and interior decorators alike. People appreciate the look because it reminds them of simpler times. Be that as it may, pulling off modern farmhouse isn’t as simple as running down to the antique store and picking up a few pieces. The look is based on farmhouses of days gone by, so there is a lot to it.

To get a good idea of modern farmhouse before you begin decorating, spend some time researching what late 19th and early 20th century farmhouses actually looked like. They lay the foundation for what you are trying to accomplish. However, remember that you’re not going for vintage farmhouse. Modern farmhouse combines vintage elements with modern elements.

At Jami Ray Vintage in Lehi, Utah, modern farmhouse is something they are passionate about. They say that getting it right is about understanding five key elements of the style:

Turn-of-the-century farmhouses and modern architecture have one thing in common: an affinity for open spaces. By their nature, farmhouses were quite utilitarian. Kitchens were large because housewives had to prepare meals from scratch. There were no grocery stores where they could purchase premade meals and canned goods.

Likewise, living rooms were large because they had to accommodate multiple generations living in the same household. Simply put, traditional farmhouses were not small buildings with tiny, cut up rooms. Large spaces were a necessity.

In addition to large and open spaces, traditional farmhouses tended to boast larger windows and doors. You may not be able to do anything to make yours any bigger than they already are, but you can decorate in such a way as to make them look bigger. Window treatments, wall treatments, and lighting can all add to the illusion of size.

Modern design heavily incorporates light, neutral colors – especially for walls and window treatments. That is good because light colors were also a mainstay of traditional farmhouses. Farmers didn’t spend a lot of money or time on fancy paints and wallpaper. They covered their walls with whitewash or a very light paint with just a hint of pigment.

Traditional farmhouses were made of wood simply because it was cheaper and easier to work with compared to stone and brick. In addition, wood was often left exposed. You would walk into a traditional farmhouse and expect to see hardwood floors, unfinished floor and crown molding, and maybe even an exposed beam or two.

Our modern obsession with wood plays right into the modern farmhouse style. Just know this: rustic is the look you’re after. Modern farmhouse doesn’t work when wood appears too pristine. You want a semi-distressed appearance at best.

The phrase ‘modern farmhouse’ implies something special. You are not living in a traditional farmhouse built at the turn of the 20th century and completely unchanged since then. Rather, you’re living in a modern home designed around the farmhouse style. That means you have plenty of room for modern touches.

For example, a marble countertop works extremely well in the modern farmhouse kitchen, as do stainless steel appliances. Contemporary furniture in the living room can tie the modern farmhouse look together without detracting from exposed beams and wrought iron lighting fixtures.

Modern farmhouse is both classic and contemporary at the same time. Done right, it offers a perfect blend of traditional style and modern sensibilities. It is not necessarily easy to pull off on the first try, but persevering is well worth the effort if you appreciate the look.